Home » Blog » Can I File for Bankruptcy After Being Sued?

Can I File for Bankruptcy After Being Sued?

There are several common myths about bankruptcy. This is understandable, as there are so many aspects of bankruptcy and so little education surrounding it. With the different chapters and types of bankruptcy and the negative connotation that people often place upon it, there are bound to be a number of inaccurate assumptions. One of those is regarding the role that bankruptcy plays in a lawsuit. Many people often wonder if they can still file bankruptcy after being sued. This is a valid concern, and our bankruptcy lawyers at O’Bryan Law Offices are happy to address it. In this post, we’ll answer your question of: “Can I file for bankruptcy after being sued?”

Can You File Bankruptcy On a Lawsuit?

When a lawsuit is filed against you, it may be exceedingly difficult to stop it. You are essentially left with a few options. For one, you can fight the lawsuit, which means there is a 50/50 chance of winning. You can also choose to settle and pay off the debt. That is, of course, if you have the means to do so. In the case that you do not have the means, you have the option of filing a bankruptcy petition.

Filing for bankruptcy may either put a hold on a lawsuit or it may stop it altogether, depending on the case. If the lawsuit concerns money or property, your lawsuit may be completely discontinued. If it involves other civil matters, it may not stop the proceedings, but rather place a temporary pause or suspension on them.

Immediately upon a bankruptcy filing, your protection will kick in. This protection, known as automatic stay protection, prevents creditors from attempting any collection activity. This includes attempts to win money through a lawsuit judgement.

There are some exceptions to which cases allow automatic stay. For example, a criminal case would not stop court proceedings from moving forward. In addition, proceedings to establish paternity and to establish or modify child support and alimony cannot stop because of a bankruptcy filing. Matters involving child custody and visitation are also exceptions to this protection.

Aside from the aforementioned cases, most other types of lawsuits involving the collection of debt will fall under automatic stay protection.

It is important to remember that automatic stay is not a permanent solution, but rather a temporary one. It simply allows the bankruptcy courts time to sort out any available assets and distribute them among creditors.

A person shouldn’t file bankruptcy simply because they want to avoid a lawsuit. It should only occur when the debtor who has a suit brought against them genuinely cannot afford to pay off their creditors. If your situation is applicable, then filing bankruptcy might be your best bet to avoid a lawsuit (or suspend it) and get your assets in order.

Of course, there is always the option to fight the lawsuit instead of filing bankruptcy to avoid it. You should only ever attempt this if you truly believe the creditors have no merit for bringing legal action against you and you think you can prove the invalidity of their claim. Unfortunately, though, if the creditors can prove you owe them money, there aren’t many legal defenses available to you at that point. In the case that there is no reason to believe that the lawsuit is invalid, fighting it may end up costing you more in the long run. If that isn’t something you can afford, your best bet might be to file a petition for bankruptcy.

Once your bankruptcy claim files within the court, an injunction (automatic stay protection) will go into effect. This means that creditors must stop all phone calls and demand letters effective immediately. In addition, any foreclosure or repossession actions must also cease. This injunction essentially makes it either impossible or extremely difficult for the lawsuit to continue.

However, if a creditor wants to continue with collection actions, they may ask the bankruptcy court to lift the injunction of automatic stay. The bankruptcy court judge will review the case to determine if lifting the protection serves the interests of the debtor or creditor. Under certain circumstances, it is possible that the judge will grant the motion, the protections will lift, and the case will proceed.

If you’re facing a lawsuit by a creditor due to unpaid debts, filing bankruptcy can help stop it. It is also possible to file bankruptcy after losing the case in court and receiving an order for judgment. If you’re struggling financially and get hit with a lawsuit, consider speaking with one of our skilled Kentucky bankruptcy lawyers. We can help you stop the lawsuit in its tracks and sort out your debts. If you have more questions like Can I file for bankruptcy after being sued?, reach out to O’Bryan Law Offices today. We’ll schedule a free consultation with you where we’ll discuss your individual circumstances and the options available to you. Call us at 502-339-0222 or visit our website to fill out your free case evaluation form. 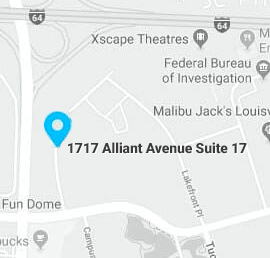 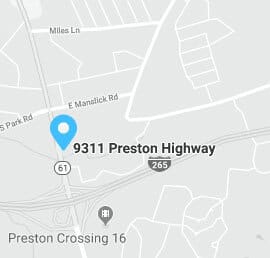